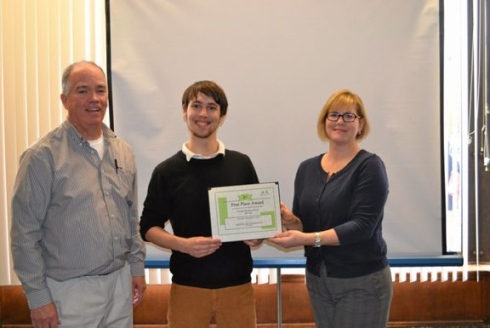 My College Roomie is currently progressing and making strides in the business world. Jason Sensi, the founder of MyCollegeRoomie.com, discusses the latest updates with his company, and talks about the various conferences and events that the business has been involved in over the last couple months. My College Roomie is attending and exhibiting at the MACHUO (Mid-Atlantic Association of College & University Housing Officers) Annual Conference in October at Penn State University Park. Jason explains the importance of these conferences for his business and says, “We feel that these conferences not only help get our name and brand out in front of University decision makers, but they also allow us to put a personal touch on our product, and efficiently demonstrate it directly to its University end users.”Jason also elaborates on the website’s recent activity, and explains that My College Roomie has had three schools sign onto their platform, and received around 4,000 active student users.  With these active users, My College Roomie proved to be beneficial to both student and staff users. Jason finishes by saying, “We’ve gotten some amazing feedback thus far, as well as identified some areas of improvement that will allow us to begin attacking market share. Our plans are to roll out these new improvements for our current and new clients signed on through next year.”

Entering his senior year as an undergraduate at Marywood University, Frank Winger, the founder of Astronomical LLC, discusses the successes of his company’s business, since becoming the collegiate winners of the BPC 2015.  In short, Astronomical LLC manufactures low cost and effective means of safety illumination for longboarding commuters. They call their device the LateSkate, which is the first device to feature headlights, taillights, and under glow patterns for 360º of visibility, automatic brake and bail lights (hazard lights that engage when the rider slows down or suddenly dismounts the board due to a slip or fall). Recently, Astronomical LLC has agreed to partner with students from the Engineering Department of Wilkes University to create a series of Senior Projects. In addition to this collaboration and the process of demoing their prototypes, Astonomical LLC also reveals that they will be hosting the return of the College Snow Jam in 2016.Get all the updates about the LateSkate by visiting http://lateskatelights.com/.

Kraken Boardsports was the winner of the wildcard award in the 13th annual BPC, developed by Mike Grobinski, Dan Lykens, Alex Planer, and Brandon Carey of Wilkes University. Dan and Mike discuss their current business developments with their company, in terms of their roles as sponsors and also the manufacturing and design of their winch device, The Kraken One. Kraken Boardsports recently became an official sponsor for the 8th annual Jersey Wakeoff. This coming winter, Kraken Boardsports will also be sponsoring the College Snowjam, held at Montage Mountain. In this setting, Kraken Boardsports will appeal to their winter audience of snowboarders and skiers. Based on our area, Dan and Mike believe that their business will thrive in the winter months, considering the popularity of winter sports in NEPA. Along with Montage Mountain, Kraken Boardsports has also been in contact with Jack Frost/Big Boulder Ski Resort. To learn more about The Kraken One, visit http://krakenboardsports.com/.