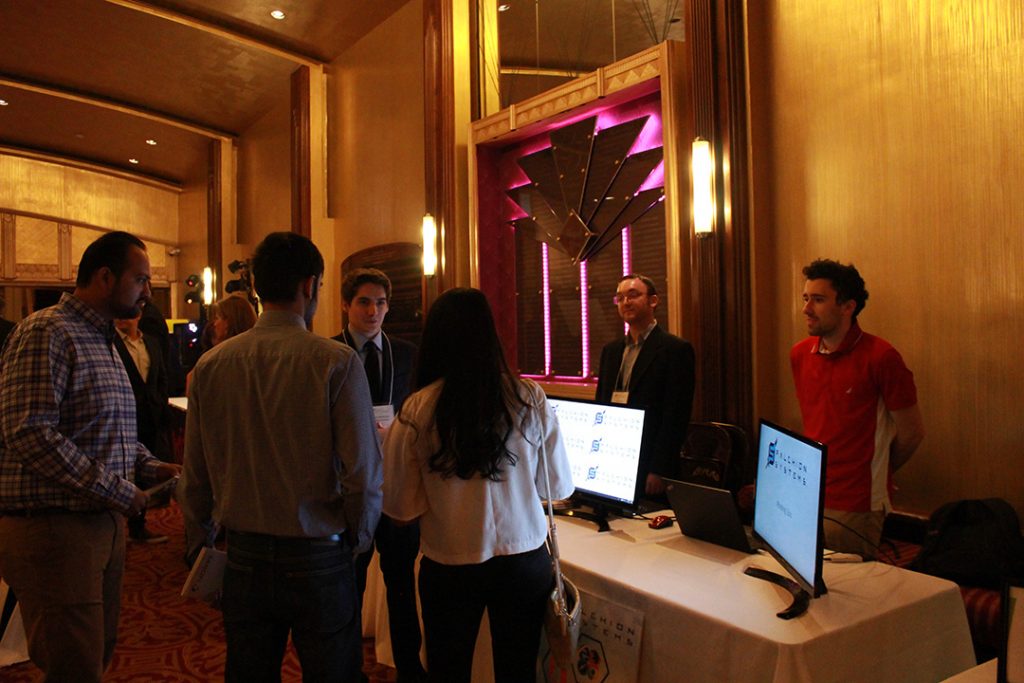 Typically, college seniors spend their last weeks of school studying for finals and searching for jobs. Zach Waldman and Nick Neely were among those students at East Stroudsburg University; however, along with cramming for finals and job hunting, they were also creating a company and software in their “spare” time.

Waldman and Neely of Falchion Systems won the 2019 tecBRIDGE Business Plan Competition with their software product idea. Their product is a cyber security software solution that prevents company users for falling for phishing emails or downloading malicious code.

“We’re solving a problem in the tech industry that everyone has shied away from,” said Waldman.

Falchion Systems is hoping to release their beta testing in September or October of this year. In order to meet this goal, Waldman and Neely set up a “Beach House Challenge” for themselves and their team. Waldman explained that he didn’t come up with the idea himself but recalled a similar challenge he had participated in while working at IBM. He said that challenges or “lock-ins” are common in the technology industry in order to get products or software ready in a short period of time.

The goal of the challenge is to get the software ready for beta testing by the first week of August. If the team reaches their goal, they will go on a trip to Avalon, New Jersey to stay in Waldman’s beach house. Additionally, the company will pay for many of the expenses on the trip, including things like trips to the boardwalk and jet skiing. According to Waldman, the team is on track to successfully completing the challenge, thus far.