Glenn Tyranski from King’s College will discuss his experiences with engaged mentorship and highlight the merits and transformational outcomes from engaging students in personalized yet formalized interactions. The opportunities for making a difference and an impact in a student’s life and future is a worthwhile mission and pursuit for institutions.

Glenn Tyranski is a Managing Director/Affiliate at FTI Consulting since 2017 and is based in New York. He is in the Activism and M&A Solutions practice within the Forensic & Litigation Consulting segment. He brings extensive experience in financial regulation, compliance, risk assessment, auditing issues, corporate governance, crisis management, disclosure and shareholder and board of director engagement. Prior to joining FTI Consulting, Mr. Tyranski was an Executive Director in Ernst & Young’s Financial Accounting Advisory Services practice beginning in 2014 and supporting policy and governance, as well as transaction readiness efforts.  Before his Ernst & Young role, Mr. Tyranski was Senior Vice President, Financial Compliance at the New York Stock Exchange for 18 years beginning in 1996.  Mr. Tyranski began his career as a senior manager in the assurance practice at KPMG and was with KPMG from 1984 to 1996.

Mr. Tyranski holds a B.S. degree in Accounting and Computers and Information Systems and an M.S degree in Healthcare Administration (2022) from King’s College.  He is a Certified Public Accountant in the state of New York and a member of the American Institute of Public Accountants.  Mr. Tyranski has served on the board of directors for various not-for-profit and private organizations and had been an active board member at King’s College for 12 years prior to being named the Angelo P. DeCesaris Executive in Residence in June 2022 and has been an active member of King’s College’s McGowan School of Business Advisory Council for over 20 years. Mr. Tyranski remains on the Boards of Catholic Charities of Long Island, Long Island Children’s Museum, Tomorrow’s Hope Foundation, Financial Executives International’s New York City Chapter, Ausonia Cruise Holdings, and Deltec International Group.

They’re Already Here with More on the Way: Working with Generation Z

Based on the most up-to-date research, learn the characteristic tendencies of the newest generation, Generation Z, through this interactive workshop facilitated by a leading Generation Z expert.  Special emphasis will be placed on the best practices of working with this exciting generation, consisting of 25-year-olds and younger.

As a Full Professor of Social Sciences at Keystone College and an accomplished researcher and diversity facilitator, Jeff Brauer has presented dozens of workshops and seminars throughout the country to educators, business leaders, civic organizations, and student groups.  His work on Generation Z has been featured on South Korea’s Arirang TV, POTUS XM Radio, CBS Radio Philadelphia and national FOX Business News, as well as in the New York Post, Vice magazine, Campus Reform, and the Scranton Times-Tribune.  His research was included in the seminal Generation Z book, Generation Z: A Century in the Making (Seemiller and Grace, 2019).  Jeff was recently invited to be a guest on “As We Work,” a Wall Street Journal podcast about the changing dynamics of the workplace.  Jeff is a proud father of a quintessential member of Generation Z, Luke.

The Future of Higher Education Panel

Elizabeth J. Wright, who became chancellor of Penn State Hazleton on July 1, 2022, began her career at Penn State Hazleton as an instructor in English in 2000, shifted to assistant professor of English and advanced to the tenured position of associate professor in 2009. She was named director of academic affairs in 2012.

While serving as director of academic affairs, she joined Penn State’s Office of the Vice President for Commonwealth Campuses in 2019 as an associate dean of academic affairs in a dual role. There, she managed initiatives that provided students across Penn State’s 20 Commonwealth Campuses with expanded access to courses in various delivery modes and worked to modernize course offerings by including more diversity, equity and inclusion-focused courses.

With a focus on student success and engagement, Wright also advocated for additional programs and funding to help new students prepare for the start of their academic careers at Penn State.

As director of academic affairs at Penn State Hazleton, Wright oversaw all the campus’ faculty and academic staff to provide students with the courses and support to be successful in an academic setting and in their future careers.

Wright’s efforts played a key role in the improvement of curriculum, the expansion of degree programs, options, and articulation agreements, and the completion of two multi-million-dollar renovations to campus facilities: a $15.5 million renovation of the Kostos Building completed in 2017 and a $7.6 million renewal project on the Mary M. and Bertil E. Lofstrom Library completed in 2020.

In 2021, Wright coordinated a partnership between Penn State Hazleton and Amazon, becoming the first Penn State campus to participate in the company’s Career Choice program, which allows Amazon employees to earn credits towards a bachelor’s degree, associate degree or certificate program at the campus.

John R. Loyack joined the Alvernia community as its seventh president in July 2019, bringing with him a powerful mix of business acumen and higher education leadership. His successful and diversified career provides Alvernia with an unequaled, strategic approach and personal commitment to the student experience.

During his three years as President, Loyack has led a successful effort to restructure the institution, develop and implement a five-year, student-centric, strategic plan, attract the university’s three largest incoming student classes, and secure the highest government grants and individual philanthropic gift in Alvernia’s history.

President Loyack’s vision for the university’s CollegeTowne initiative has led the way in expanding the university in center-city Reading and downtown Pottsville with the purchase, renovation and opening of the John R. Post Center at Reading CollegeTowne and the univeristy’s new Schuylkill-County location at 500 Progress Avenue in downtown Pottsville. The multi-faceted initiative has created new academic programs, including three new engineering tracks, and student living opportunities. The partnership-seeking strategy has also resulted in new community programming, expanding experiential learning for students, and the spark economic redevelopment and new business creation in the city, resulting in over 1,500,000 square feet of renovation projects along the Penn Street corridor in downtown Reading.

In June 2021, the Alvernia University Board of Trustees voted unanimously to extend Loyack’s contract through 2027.

Before arriving at Alvernia, President Loyack served as executive vice president for business and administration at King’s College in Wilkes-Barre. At King’s College, he was known for his skills in team building, financial management, community engagement and an intense focus on student success. His efforts led to program expansion and revenue growth at King’s.

Prior to his tenure at King’s, he spent decades as a corporate executive in the energy, transportation and manufacturing sectors, leading many businesses, including serving as president and chief executive officer of Optim Energy/EnergyCo in Irving, Texas, President and CEO of CPG International in Scranton, Pennsylvania and senior vice president and chief financial officer of PNM Resources in Albuquerque, New Mexico.

In addition to earning an MBA from Lehigh University and a bachelor’s degree in accounting from King’s College, the Pennsylvania native is a certified public accountant with a long history of building relationships in the community. He currently serves on the board of directors for the Berks Alliance, Luzerne Foundation, Wyoming Seminary, Berks Business Education Coalition, the Greater Pittston Historical Society, AMCON Distributing (DIT:NYSE) and Inperium Inc.

During her time at Lackawanna, Dr. Murray has helped double the student population, increased student retention and graduation rates, expanded online learning options, and led the creation of academic programming and support services. She also implemented a strategic planning process at the College.

Dr. Murray is the catalyst behind Lackawanna College’s esports program and assisted with the formation of the Level Up program, which allows high school students to affordably begin their college education and potentially complete an associate degree by high school graduation.

She served at Marywood University as the Director of the Institute for Health and Wellness (2005-2008) and as a doctoral program faculty member (2006-2010).

A 1969 alumnus, Mr. Pullo is a member of Keystone College’s Board of Trustees and served as Board Chair from 2018 to 2020. He is founder and CEO of Chartwell Strategies, LLC, a strategic advisory services and consulting firm formed in 2018.

Prior to founding Chartwell, he was employed for 35 years at Gentex Corporation, a world leader in personal protection for defense and security personnel, where he held a variety of senior positions in business leadership, corporate development, research and development, business development, and operations.

Mr. Pullo’s industry experience prior to Gentex includes 12 years with the Swedish conglomerate Sandvik AB, where he held key management positions at both the corporate and divisional levels.

Mr. Pullo also serves on the Board of Directors at WVIA, a public media and PBS affiliate serving northeastern and central Pennsylvania. As part of a long history of service in Pennsylvania’s economic development affairs, he is Chairman of the Board at the Carbondale Technology Transfer Center, a regional business incubator serving northern Lackawanna County, and Vice Chair of the Board of Directors of the Abington Regional Wastewater Authority. 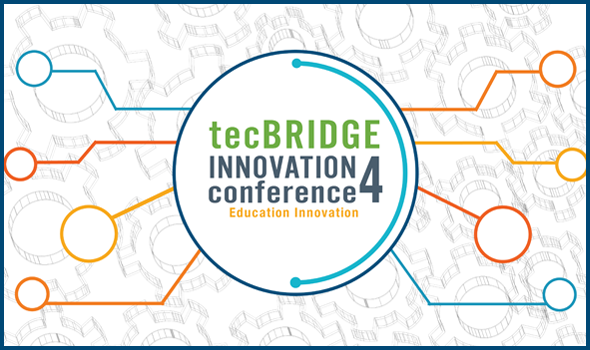