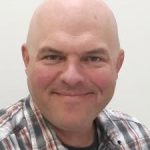 The Future of Autonomous Vehicles

John Paul Butchko is a New Product Development Manager at ON Semiconductor®.  He leads the Design, Product, and Test teams in the creation of new automotive products for ON Semiconductor’s® Analog Solutions Group.  John is a driven leader with over 20 years of industry engineering experience in manufacturing, market development, and product innovation.  He is a Northeastern Pennsylvania native; a graduate of Wyoming Valley West High School (1991), Pennsylvania State University (B.S. Materials Science and Engineering, 1996), and Marywood University (MBA, 2007). 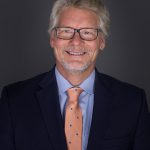 Rob Wonderling
President, The Chamber of Commerce of Greater Philadelphia

As President and CEO of the Greater Philadelphia Chamber of Commerce, Rob Wonderling leads a business advocacy organization of member companies that promotes growth and economic development in the 11-county Greater Philadelphia region.  He also serves as chairman of the CEO Council for Growth.

Rob has an impressive record of private-sector executive experience as well as distinguished public service.  From 2002 to 2009, he served in the Pennsylvania State Senate, where he first served as chairman of the Communications and Technology Committee and then as chairman of the Transportation Committee. He also served in the executive branch of Pennsylvania state government during the Ridge Administration as Deputy Secretary of Transportation.  Previously, he worked for Bentley Systems, Inc., and Allentown-based Air Products and Chemicals, Inc.

Rob also serves on numerous boards and commissions and has been recognized by several organizations for his community involvement, including the Anti-Defamation League’s Americanism Award, the Cliff Jones Keystone Legacy Award from the Pennsylvania Parks and Forest Foundation, and the Service to Humanity Award from the March of Dimes. In addition, he was also named “State Public Official of the Year” by Pennsylvania Bio.

He earned a Bachelor of Arts degree from Allegheny College and a Master’s degree in Government Administration from the University of Pennsylvania. 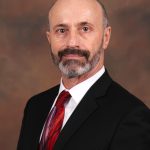 His career began in Los Angeles at the House Ear Institution in cochlear implant research and intraoperative cranial nerve monitoring. By 1988, he was Director of Audiology at Saint Louis University. Eight years later he co-founded a multi-office dispensing practice in St Louis.  In 1999, he became President and Editor-In-Chief of AudiologyOnline.com, SpeechPathology.com and HealthyHearing.com.

Dr. Beck joined Oticon in 2005. From 2008 through 2015 he served as Web Content Editor for the American Academy of Audiology (AAA). In 2016 he became Senior Editor for Clinical Research at the Hearing Review and was appointed adjunct Clinical Professor of Communication Disorders & Sciences at the State University of New York at Buffalo.

In 2017, he became Executive Director of Academic Sciences for Oticon. Dr. Beck is among the most prolific authors in audiology with 180 published articles and more than 1,240 abstracts, interviews, and op-eds written for the AAA (2008-2015), Audiology Online (1999-2005), and the Hearing Review, addressing a wide variety of audiology and professional topics. 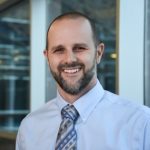 Applications of Data Science and Machine Learning in Radiology and Cardiology

Dr. Brandon Fornwalt attended the University of South Carolina as an undergraduate in mathematics and marine science. He then worked in a free medical clinic for a year before starting an MD/PhD program at Emory and Georgia Tech. After finishing his degrees in 2010, he completed an internship in pediatrics at Boston Children’s Hospital before becoming an Assistant Professor at the University of Kentucky. After four years on faculty in Kentucky, Dr. Fornwalt moved to Geisinger where he founded Geisinger’s Department of Imaging Science and Innovation and focuses on data-driven approaches to improving patient outcomes. Dr. Fornwalt is also a radiologist and a member of the Geisinger Heart Institute.